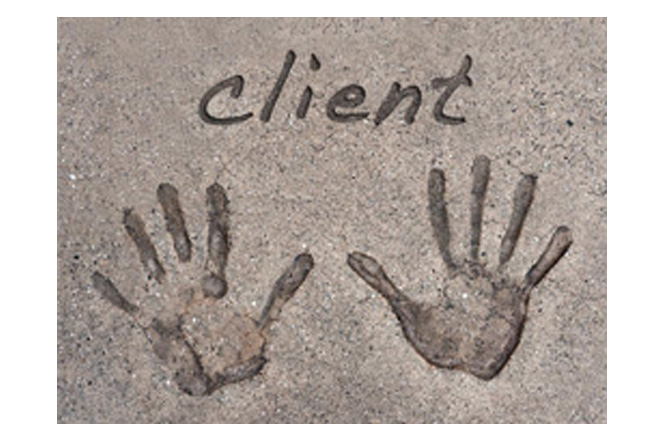 Ultimately, who deserves the credit for successful and highly creative marketing campaigns?

Sure, the agency’s fingerprints will be all over them. But experience tells me that work that genuinely stands out is characterised by one common denominator: an ambitious, brave and open-minded client.

So why are some clients willing to sign-off radical work while others play it safe? Is it due to individual personalities? Is it a matter of corporate culture? Does it depend on where in the company pecking-order the client sits and how worried they are about the boss’s reaction?

It’s a crunch question for anyone who wants to produce outstanding advertising. So it prompted me to ask a number of individuals, both in Ireland and internationally, how they ducked the bullets and produced award-winning campaigns.

One of these was Brett Colliver of DDB New Zealand, a prime mover in the New Zealand Coastguard’s ‘Live Rescue’ campaign last January.

Winner of a Gold Lion at this year’s Cannes Direct Awards, this campaign aim was to shake New Zealand’s community of ‘boaties’ out of their complacency that, even if they got in trouble at sea, the Coastguard would inevitably rescue them.

Rather than producing the traditional series of press/TV/radio ads, DDB took a far more radical approach in actually dumping four ‘victims’ into the sea. They then challenged New Zealand to direct – via the internet – a Coastguard search plane to find these people in time. Only approximately 1% of participants succeeded, a statistic that matched the real chances of being located.

It was a great idea. But it was also a highly risky one, not least because the simulated danger could become very real. Brett Colliver explained that this potential obstacle was overcome by the client’s combination of vision and realism: ‘The client totally understands how valuable media coverage is, so they weren’t worried about having people in the water – provided we took the necessary precautions.’

While the outcome involved a real rescue, it didn’t start out like that. But when the agency and Coastguard both realised the idea’s potential, they collaborated in its development: Colliver explains: ‘The idea was an evolving beast once it got rolling which made the budget issues interesting. Initially the idea was just the website. People would go there and experience how difficult the Coastguard’s job is’.

‘There was also a TV idea that was going to be produced, but it wasn’t directly linked to the website. Then we realised that we could make it so much more engaging and the idea of running first person TV and radio spots to drive people to the site was born.’

Brett summed up the experience by saying: ‘Basically I guess the secret to getting the campaign up was simply a willingness from everyone involved to make it happen.’

Speaking to Brett, it was obvious that he regarded Live Rescue’s success as the result of a team effort. And another of this year’s big winners at Cannes echoed this insight.

In 2009, Leo Burnett in Sydney, Australia was responsible for ‘Photochains’, a campaign for Canon EOS cameras that integrated old and new media in a stunning and seamless blend.

Stimulating thousands of photographers worldwide to create endless chains of photographs, one after another, has won it a number of awards, including a Gold Lion at Cannes Direct.

Alissa Breit of ?Leo Burnett Australia made it obvious to me that commitment from both client and agency was a crucial factor: ‘When there is passion behind an idea at both ends and belief that it is a strong strategy the commitment comes – that’s not to say the process was easy, there were many, many meetings and iterations of the broader strategy and idea structure.’

Pressing her on this, Alissa elaborated: ‘Overall, the clients at Canon are really passionate about the work they do and the work we produce. They are a very hands-on client and like to be taken on the whole journey.’

Nearer to home, a project that also reeked of a perceptive and brave client was the campaign that launched Rabodirect in Ireland. Produced by the now-defunct Pulse and written by Gai Griffin, Rabo ran a series of genuinely funny ads based on the line: ‘Life’s more interesting when you’re direct’.

Gai recognised that although understandably nervous, Rabo clearly foresaw a dividend in being brave: ‘They were all behind the challenger brand strategy. They knew it was the only way they could establish a presence in the Irish market’.

While the Dutch half of the team sometimes didn’t fully understand the Irish sense of humour, they were smart enough to recognise and accept that, in Gai’s words, ‘when it came to funny stuff we really were coming from different places.’

That was the brief of Amie Peters, An Post’s Head of Direct Mail. And it recently inspired Dialogue to promote direct mail by creating a mailing that featured a cut-out, life-size torso wearing a real mankini – with an invitation for the recipient to try on the garment for themselves. (If you’ve a strong stomach, you can see the results at www.madmankini.com)

Unfortunately, requests like this are as rare as hens’ teeth.

However in looking at some extraordinary campaigns, it quickly becomes obvious that without a client’s desire to produce work that’s out of the ordinary and trust the agency to deliver it, it simply won’t happen.

Many are reluctant to push for this. Yet the campaigns touched on in this article do prove one thing: a passion for the highest standards, a commitment to partnership and a desire to create bold, groundbreaking work can pay real dividends.

But unless this is shared – indeed demanded – by clients, the very best ideas will continue to have a very small audience: the cleaner who empties the agency bins each evening.