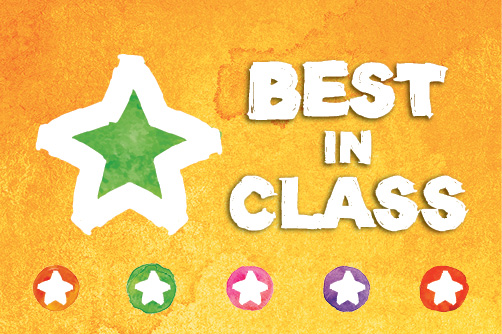 After all the negative publicity the Airline sector has received lately, we have decided to put together a collection of some of the great airline experiences. These should get you smiling like a doctor with a new set of front teeth.

Cpt. Brandner to the rescue

When a plane was left stranded in its holding bay for several hours due to thunderstorms, the pilot, Captain Brandner could have stayed quiet and left his passengers to sit tight. Instead he picked up his phone and ordered 50 pizzas with his own card. When he made the announcement that the pizzas were coming, the whole plane applauded (The only time it should be acceptable to applaud on a plane!).

Insight: Captain Brandner is the pilot everybody wishes they had on their flight. He has proven that he takes an empathetic approach to dealing with his passengers and has even referred to them as ‘Family’. Empathy is more than just seeing the world from the customers’ perspective. It is having the emotional intelligence to choose the right emotional response from a range of potential emotions to improve things for the customer.

Delta CEO steps out of his comfort zone for a customer

Jesse Frank was the eighth passenger on a standby list for a delayed flight, showing zero seats available. She was desperate to get home to see her daughter. After 7 names were called, Jesse’s was finally announced. She was greeted by a ‘familiar faced’ man in collared shirt and tie, who placed her carry-on luggage in an overhead compartment and pointed her in the direction of her seat; she didn’t give it a second thought. She assumed he must have been an off-duty pilot she had flown with before. Little did she know, that man was the CEO of delta Airlines who had just given up his seat for a customer.

She didn’t realise this until an air hostess announced that “a ‘special guest’ was sitting in the jump seat of the cockpit – the CEO of Delta Airlines”. Jesse was so amazed by the kind act that she left an open letter to him on the Delta Facebook page.

Insight: Delta’s CEO was putting himself in his customer’s shoes by flying on a standard flight and even experienced a delay that wouldn’t normally come his way, had he been flying on a private jet. The fact that he gave up the comfort of his seat to sit in a cramped cockpit shows how much he truly cares about his customers.

What’s worse than sitting next to a crying baby on a long flight? Being the parent holding the crying
baby! You know you’re responsible for everyone else’s misery, and there’s often very little you can
do to fix it. For Mother’s Day, JetBlue decided to turn this frequent frustration on its head by actually
rewarding passengers when babies cry. JetBlue offered a 25% discount to passengers on a flight from JFK to Long Beach each time a baby started crying. That meant if four babies cried, all
passengers would get a free round-trip ticket for their next JetBlue flight.

Insight: This is a brilliant resolution to an unavoidable hindrance for passengers. And shows great empathy towards the dreading mothers, who are stresses about being in a small space surrounded by angry people.

British Airways pilot turns a bad experience into a great one

A BA pilot stepped out of his comfort zone (Cockpit) to face a cabin full of restless passengers who had faced lengthy delays due to fog. The announcement was that the passengers would have to disembark because of a flat tyre on the plane. This could have been made over the intercom, but the pilot felt it would be a much more humane way to break the bad news while standing front and centre at the top of the cabin. He was honest, and let his passengers know exactly what was to happen and how long it would take. And because of this, there was a much warmer response than usual from his passengers.

Insight: One of the biggest issues customers have with airlines is the lack of clear communication with them. Be it T’s & C’s for an overbooked flight or reasons for delayed or cancelled flights. Customers always seem to get the bare minimum of information required. When things are out of an airlines control the best thing to do is to explain exactly what is happening and manage the customers’ expectations by telling them what is going to happen as a result.

Richard Branson chimes in on the airlines controversy

Virgin Group CEO and founder, Richard Branson recently gave his thoughts on the recent airline controversy. In his article he writes “customers deserve innovation, they deserve respect, and they deserve an amazing experience. They do not deserve to be treated like numbers on a balance sheet, and cattle in a cabin.”

If this is the mentality coming from the very top of the company then you can guarantee it will be followed throughout all of Virgin Group’s products. We wrote in an article last month that the Airline industry needs to learn from its leaders. And Virgin is definitely setting the standard at the top.

It’s quite clear that the customer’s tolerance levels have reached breaking point with the airline industry. And it’s time the brands with the spotlight shone on them prove they care, or face losing their loyal customers.

We are always looking for examples of CX Excellence. If you have any yourself please send them on to us and we will feature it in our blog.