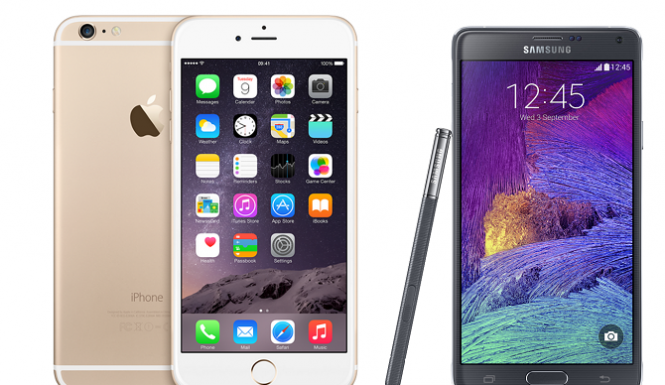 Halfway through your week and ready for another midweek mashup? Not to worry, we have you covered with some of the latest stories that caught our eye in the past week. Don’t forget to pop on the kettle before settling into this week’s stories…

Following Apple’s big announcement of the iPhone 6 last week, Samsung realeases a series of ads that mocks the “innovative” updates to their biggest competitor’s big realease–again. Not sure about you, but theses latest ads felt a bit weak. Sour grapes, anyone?

It’s been more than 2 years since Cinnabon released a TV ad, but that doesn’t mean the company has gone quiet. In fact, the brand currently has over 1 million Facebook fans and nearly 64,000 followers with a running tally of 63,400 Tweets, to date! Smells like someone has a taste for social…

The company behind the world’s favourite tiny Smart Car have developed a new campaign that encourages pedestrians to wait for the little green man to light up (indicating that it’s safe to cross the road) by making the little red man much more entertaining. This ad is part of Smart’s #WhatAreYouFor campaign, emphasizing the company’s dedication to safety. Have a look–we dare you NOT to start busting a move, yourself!

Touching Ad Suggests How To Cash In Your Expedia+ Rewards Points

Parents who spend a majority of their working lives travelling will definitely relate to this latest ad from Expedia. Not sure about you, but we wouldn’t mind spending a bit of time on the road if it meant we could cash in on a safari…take a look!

And finally, we leave you with this uplifting ad from Coca-Cola that proves sometimes the people that make your day, are the people you don’t even know…