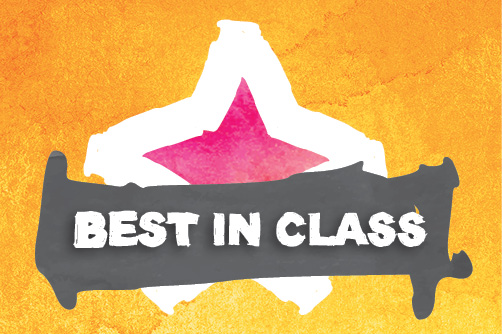 Below are real life examples of Customer Experience excellence, told by the customers themselves.

A shopping trip with an enormous ‘Wow’!

Susannah, a customer in Dundrum shopping centre recently went into a Gap store while on a mission to buy a winter coat. Here is her account of a remarkable experience she had.

“I’d looked in many shops and suddenly there it was, ‘the one’. It was perfect. I did have to consider it for a moment as the cost was slightly higher than I’d planned to pay, but it was ‘the one’. So off I went to the till to seal the deal.

The lady serving asked me “Did you receive your pick a prize card yet” and when I told her I had not, she fanned out lots of little cards and encouraged me to choose one.  I chose one, tore it open and it revealed a snowflake symbol, so I handed it back to the cashier. “Oh wow, you’ve won 50% off!” she told me very excitedly. BOOM! I couldn’t believe it. I was so surprised. There was no hidden twist, no requirement for me to give my data or a kidney in return. It was an unconditional gift to me from Gap, and it was a ‘remark-able’ Customer Experience. I was literally beaming as I walked out of the store.

I told anyone who would listen about my experience with Gap. That’s how powerful brilliant customer experience can be. Bravo Gap and thank you for my unexpected half price coat!”

This story was shared by the Consumerist blog. Below is a Jet Blue customer’s account of a brilliant resolution to an unavoidable issue.

“I got an e-mail from JetBlue saying I should get to the airport two hours early on my return flight because they are overhauling their computer system and staff will need time to adjust to the changes. I got to the airport (Orlando International) two hours early and stood in line. Predictably, it was moving slowly. It was made a little better by the rep handing out free water bottles to people in line. That was a nice touch. But then this happened…

A Jet Blue staff member came over and made an announcement to the people in line. He was giving away free tickets to anywhere JetBlue flies. The first free tickets would go to anyone who had their birthday on that day. Then he moved on to trivia – free tickets for anyone who knows JetBlue’s original destinations. I didn’t hear the answer, because at this point I made it through the line and was headed towards the gate, but I heard applause as I walked away. This was applause from people who had to get to the airport two hours early on a Sunday morning because of airline adjustments.

It turned out that the same JetBlue guy was on my flight to JFK. He stood up midway through the flight and announced that he had more free tickets to give away. He asked a bunch of standard trivia questions (“Name all seven dwarfs”) and some were pretty much guessing games (“How old would you guess your flight attendant Juan is?”). I’d say he gave out about a dozen free flights in total! He seemed to really enjoy it.

I spoke with him afterwards, as he walked down the aisle asking if people had any comments about JetBlue. I learned that his name is Dave Clark, and he’s JetBlue’s Chief People Officer.”

This is another example of why Jet Blue is a world leader in resolution. They plan out their customers’ journey from beginning to end and when something unavoidable like a system upgrade can potentially cause long delays, they make sure their customers are informed and there are measures in place to make up for the delays.

John, a customer of Spirit Motor Group, one of Ireland’s top auto brands, recently brought his car in for repair. Below he shares a great example of how a poor experience was turned into a ‘remark-able’ one.

“Last week I dropped my car off in Sandyford and returned later that day to find that the car hadn’t been touched. I sought an explanation and they sincerely apologised and we agreed that I would come back the following day, which I did.

When I arrived the next day I was told they had to order in a new part and it would arrive later that day. I again left the car with the service team and returned later that day. This time I was told that they were sent the wrong part and would have to return the following day once more. At this point I was fed up and took the car home to deal with the issue myself.”

For many businesses, an experience like this would be the end of a relationship. But Spirit didn’t let that happen. They recognised John as an important customer and not only resolved the issue, but actually turned him into a powerful advocate.

“The following day a serviceman took the Luas to my office in Dublin City Centre (with the elusive part in hand). He apologised on behalf of everybody in Spirit and told me the replacement would cost me nothing. He replaced the part in my office car park. I was blown away, and hugely relieved at not having to replace the part myself. This is how you resolve a problem brilliantly!”

Businesses should accept that they are going to make a mistake sometimes. Customers expect it from time to time as well. It’s what they do to resolve the issue that stays with the customer for ever. Great job Spirit Motors!

An incredible act of kindness from a McDonald’s cashier.

This story was shared by Destiny Carreno, who observed something remarkable in her local McDonalds restaurant. This is her account of what happened after she watched an elderly man in a wheelchair approach a cashier during a busy hour.

“The man politely tried to ask the cashier something and it took him a few tries before he could understand what he was saying “Help me please”. The cashier didn’t seem to know what help he needed, and suggested a few things before he finally figured out the gentleman was asking for help eating his meal.

To be honest, I thought the cashier wasn’t going to help, especially during rush hour in downtown Chicago, but to my shock, he shut down his register and disappeared from view…

This wasn’t to get away from helping him, but to wash his hands and put gloves on! The cashier came out from the kitchen, wheeled the gentleman to a table, sat down opposite him, and began cutting the man’s meal.

This employee, who put everything on hold for this man, went above and beyond his responsibilities to help this customer in need. That was the kindest and most humble thing I had ever seen.”

We are always looking for real world examples of CX Excellence. If you have any yourself please send them on to us and we will feature it in our blog.