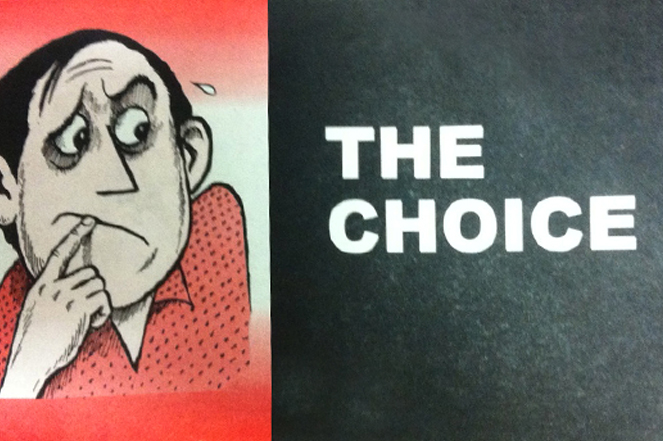 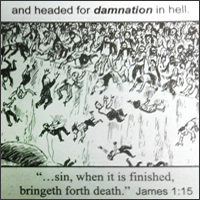 I received this fascinating piece in the mail the other day. I could see from the postmark on the envelope that it was sent from Illinois and thought, who could it possibly be? An old pen pal from my teenage years?

Expecting a letter inside I was slightly confused to find a miniature comic book titled The Choice, and still more confused when I began reading. Instead of Batman or Desperate Dan, the storyline followed the plight of our doomed souls, as they hurtle towards hell!

I found it odd that such a serious subject was treated in a comic book style. Certainly the quality of the drawing is a joke (the only thing I feel qualified to judge).

In it’s defence, it did arouse a lot of interest… everybody who picked it up, read it from cover to cover and passed it on. It also explains the artist’s ideas in a no-nonsense, informative style; you certainly are not left in two minds as to the message.

Before reading this I thought hell was waking up on a Saturday morning and discovering it was still actually Thursday… now I know better!

And best of all… there’s plenty more where this came from at www.chick.com.