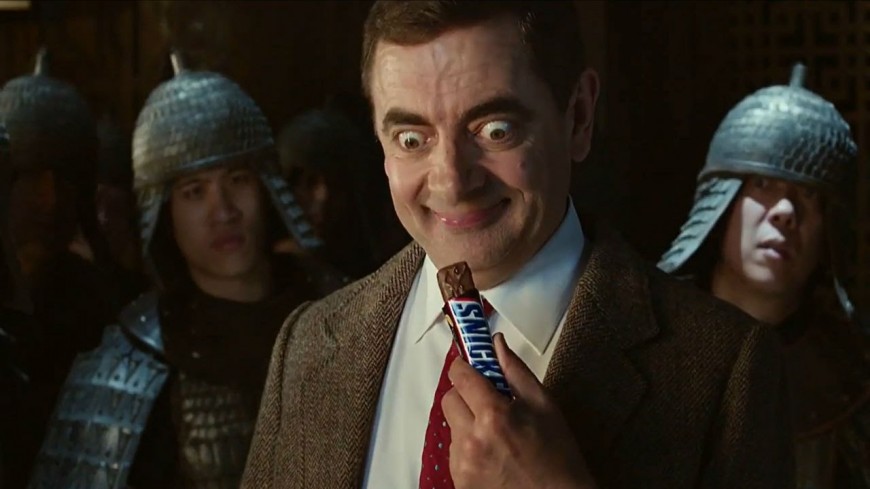 Hello, and happy Wednesday, all! Is it just us, or is anyone else really feeling the change of seasons over the past week? Might just be the perfect excuse to pop on the kettle and settle into a few of the top stories that caught our eye over the past week–it’s time once again, for your midweek mashup!

Don’t Turn Into Mr. Bean, Grab Yourself A Snickers Instead

The infamous Mr. Bean is back in this new ad from Snickers, proving ‘you’re not you when you’re hungry’…have a look!

Who Knew? iPhone 6 is a Hair-puller as #HairGate Takes Social Media By Storm

Just as #BendGate begins to quiet down a bit, Apple is hit with another glitch regarding the new iPhone 6; it pulls your hair and/or beard. People have taken to Twitter to voice this latest fault (the seam where the aluminium meets the glass is a hair/beard puller) including Gillette, who shared humourous Tweets of the #HairGate crisis on Twitter. Any guesses on the next Apple iPhone 6 blunder?

Studies carried out in the UK have concluded that a whopping 43.6 million people are critical of their appearance as compliments have become a rarity for the average person. As a means to boost self-confidence, IKEA has introduced a mirror that helps to fix this growing concern and lift morale. Using Kinect technology, passers-by are greeted with motivational compliments that leave everyone smiling. Have a look…

Flying in the opposite direction of the Earth’s rotation, at an exact latitude of 80 degrees, the mission to cross multiple timezones and photograph a never-ending sunset was the premise for this latest ad from Citizen Watches…

Latest Take on Wind-Blown Subway Ad Has A Surprise Twist

I’m sure we all remember the recent shampoo ad that featured a billboard located in the tunnel of a Swedish Subway that ruffled the hair of a model each time a train passed through. This latest take on the idea features a similar ad but includes a shocking twist at the end. Have a look at both the shampoo ad and this latest version…