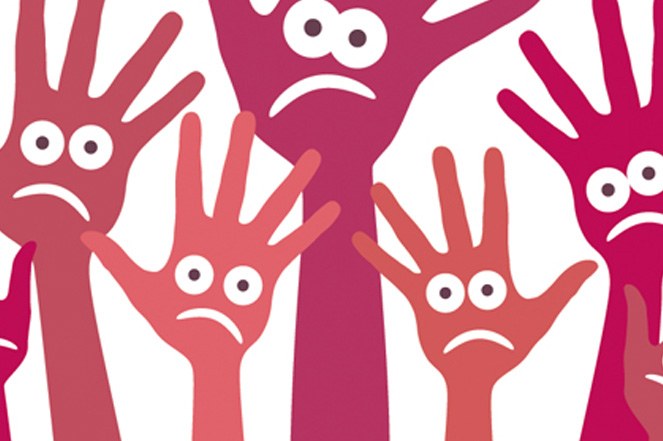 Brands, look at my viral. Now at my product placement. Now back at my viral. See how whacky it is. Now back at my product. Now back to my viral. Sadly, while brands like Old Spice really get the impact of virals and have 20 million people voluntarily watching them, some put them out there, then deny they had anything to do with them at all. In the age of the faux viral, most brands are taking the stance of plausible deniability, but who’s lying and who’s telling the truth?

Take the case of the Guinness ‘bottle’ viral which featured a woman’s back being used as a table in a three – or possibly four – way. Diageo responded at the time by saying they were in no way associated and made YouTube remove it. Proper order; Diageo is a client and we know that they are stringent in adhering strictly to drinking laws. We also know they are 100% committed to encouraging people to drink responsibly.

So it’s no surprise that Smirnoff, another Diageo brand, is currently denying involvement with the virals lauding a drinking game known as ‘icing’, which has become “the first viral drinking game of the modern era”, according to the New York Times.

What did come as a surprise, however, was a top Swedish digital agency at an advertising conference I attended recently, saying it was their opinion that Diageo was certainly behind the “Icing” viral campaign.

This brought to mind the Guinness “gay couple” viral. It was written and shot as an official ad, but when tabloids started causing uproar before it before it even aired, Guinness dropped it like it was hot and denied all involvement. So sometimes, it seems not everything is black and white.

When Ford Ka’s ‘Cat’ viral, with its cat decapitation, caused outrage, both client and agency claimed that: yes, they had made it but no, they had never approved its release!

Similarly, Nokia’s viral which featured a cat caught on a rotating ceiling fan blamed their agency for going ahead with a concept they hadn’t approved.

Volkswagen went one further and even threatened to sue the creators of the now infamous ‘suicide bomber’ viral. Protesting too much?

When Nintendo’s ‘Why every guy should buy their girlfriend a Wii Fit’, was posted on Youtube, the gaming giants denied involvement: “absolutely, 100% nothing to do with Nintendo”. But the clip was posted by the director of interactive media at a US ad agency and featured his girlfriend – who also worked at the agency. Just a coincidence?

Indeed, are all these virals just coincidences? A case of scheming viral hoaxers victimising poor global brands? It’s plausible. After all, the sheer quality of user generated content is astounding. It’s an interesting conspiracy theory. But where is the smoking gun?
And with agencies in the US now springing up claiming to specialise in ‘Hoax Virals’, it makes you think about the nature of a typical denial. It usually goes like this:

But no matter how plausible the denial, can we believe it?

Earlier this year, a viral did the rounds showing a group of athletes doing the impossible and running on water. It seemed to be a genuine affair – except for product placement of Hi Tec trainers that was a tad suspicious. Despite 4 million views and a positive reaction to the piece, Hi Tec denied involvement.

“We had zero to do with that,” said their U.S. PR manager Dayna Panales at the time, “nothing”. Panales even denied that her denial was part of the campaign. “This is not a campaign on our part at all”, she added.

But in June, Hi Tec changed their tune and admitted they were indeed responsible. In a press release, they commented: “After the initial buzz, we thought it was finally time to come clean and unveil to the world that Hi-Tec were behind the viral. It was all a well intended hoax.”

Dialogue MD Michael Killeen commented: “People are less gullible and have become wise to the phenomena of hoax ads especially with sites such hoax-slayer.com. Brands must remember that trust is the most important asset they own. While traditional advertising is regulated to be truthful, using online marketing is a way of getting around this. I have huge respect for brands that become risky in the online space but these brands must maintain their honesty with these brave activities. I have always stood by the values that you shouldn’t commit the crime unless you’re willing to do the time. If you get caught then raise the hand, admit the prank, you will be respected. It will have the complete opposite effect if you don’t. Irish consumers respect honesty and will not tolerate people or brands who blatantly lie”.

The days of denial could soon be coming to an end however. In March next year, the Committee of Advertising Practice code will also deal with digital, the grey area that brands have enjoyed for so long. Allegedly.